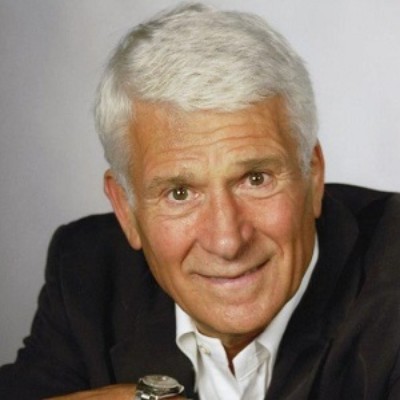 Born in Calcutta, Antony Thomas was taken to South Africa when he was six years old. At the age of 22, he was commissioned by the government to make his first documentary. His experiences on that film changed the course of his life.

In 1966 he was banned from any further filmmaking in South Africa, and the following year, moved to England, where he has written and produced 46 documentaries and dramas. He is also author of the acclaimed biography, Rhodes, the Race for Africa.

Thomas’s films have taken the top prizes in numerous documentary festivals, including the most prestigious — the US Emmy Award, the British Academy Award, the George Foster Peabody Award (twice) and the Grierson Award for the best British Documentary. Two of his documentaries, Twins; The Divided Self and Man and Animal won 14 international awards between them.

His documentaries always carry a strong message and have reached viewers across the world. The Real Olympics was seen in 83 counties, and when his controversial docudrama Death of a Princess was first shown in the United States, it earned one of the highest ratings in the history of PBS.

They have also made an impact beyond television. Shortly after the broadcast of The Tank Man, his 2007 documentary on China, special screenings were arranged for the United States Congress and the AGM of Amnesty International.

His later films included a two-hour documentary The Qur’an, described in the London Times as “a scrupulously fair-minded, definitive, magisterial programme”, and For Neda, which tells the story of Neda Agha Soltan, the young Iranian woman who was shot in the heart by a sniper while demonstrating against the rigged election in Iran.

For Neda was shown five times on the HBO network and received the Peabody Award, the Clarion Award and the Foreign Press Association’s “Documentary of the Year” and “Journalist of the Year” awards; the latter shared by Thomas and his Iranian co-producer, Saeed Kamali Dehghan.

Thomas’s final film, Secrets of the Vatican, (WGBH Frontline) premiered in the United States in February 2014, where it received the highest overnight viewing figures for a new Frontline documentary since 2008.

He retired from filmmaking in 2016.