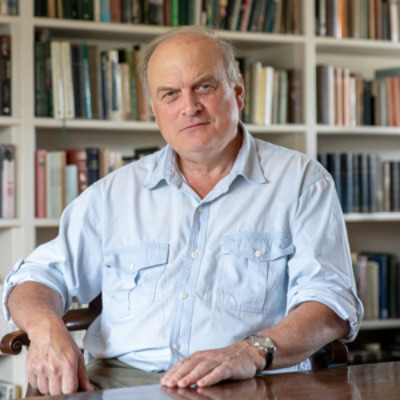 Barney White-Spunner is a British historian who writes the stories of places and events to which he has been linked or of which he has direct experience. His first book Horse Guards (2006) was the story of the British Household Cavalry in which he served for many years. The oldest regiments in the British Army, with an exceptional record of operational service, because of its unique position close to the monarchy the Household Cavalry also an equally fascinating political and social history.

Finishing his military career as commander of the British Field Army, his next book Of Living Valour (2015) was the story of the ordinary British soldiers who fought at Waterloo – who they were, their experiences in the battle itself and what happened to them afterwards. His experiences commanding British forces in Iraq during the difficult days of 2008 caused him to look at how the British government has historically never been good at managing its withdrawal from foreign interventions. Partition: The Story of Indian Independence and the Creation of Pakistan (2017), now an International Best Seller, tells the tragic story of the events of 1947 and their legacy. It is currently being made into a documentary by Channel 4 to mark the 75th anniversary.

His latest book, which he will be speaking about at the Festival, is Berlin: The Story of a City (2020). Inspired by the many years he lived in Germany, it tells the story of Berlin from medieval times until the present day. Too often German history in general, and that of Berlin in particular, is seen through the prism of Nazism and the Cold War, obscuring the city’s extraordinarily rich and interesting earlier history.

Brought up in Ireland, and now living with his family in Dorset, Barney has commanded British and allied troops on operations at every level from troop to division. Knighted in 2011, he is an Honorary Legionnaire in the French Foreign Legion, a Member of the Hungarian Order of Merit, the US Legion of Merit and the Order of 8th September of Macedonia.