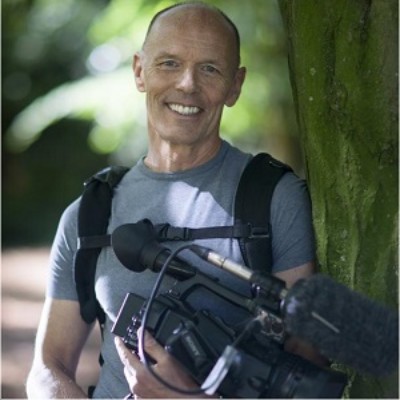 Chris Terrill is an anthropologist, author and one of the UK’s leading adventure documentary makers. In 2007 he participated in and passed the rigorous training undertaken by Royal Marine Commandos, the first civilian and oldest person to do so. He then followed the newly qualified recruits to the frontline in Afghanistan. He documented this experience in the series The 55 Year Old Commando (ITV) and book Commando. His previous books: HMS Brilliant and Shipmates are also documentary tie ins about the physical and emotional demands of being a member of the Royal Navy at sea.

As a war reporter he has covered conflict in Southern Sudan, Eritrea, Tigray, Sr Lanka, Kashmir, Southern Africa and Afghanistan. He deployed to the front line in Helmand Province eight times between 2006 and 2013. In 2015 Terrill became a Fellow of The Maritime Foundation and was presented with a Lifetime Achievement Award. In 2017 he was conferred Doctor of Science by the University of Durham for ‘pioneering work in anthropology and filmmaking’. Throughout 2016 – 2018, Terrill was embedded in the ship’s company of HMS Queen Elizabeth to make two major documentary series for the BBC (Britain’s Biggest Warship and Britain’s Biggest Warship Goes to Sea) as she went through her war trials in preparation for deployment as an active strike carrier. He recently returned from eight months on HMS Queen Elizabeth for her first operational deployment to the South China Sea.