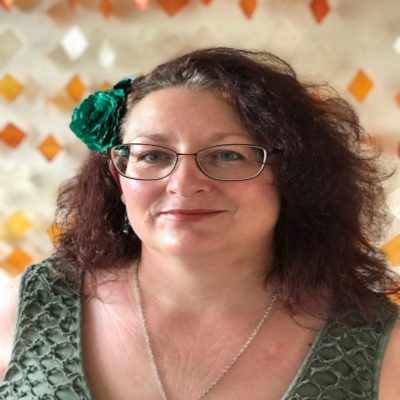 Debbie likes to write picture books about a dinosaur Called Stevie Stegosaurus who “lives” at Dinosaur Isle. Children of all ages enjoy her stories, but they are aimed at under 10 year olds.

Debbie  was a primary school teacher for 20 years and has four children for whom she wrote the first two Stevie stories.  She lives on the Island which is where all her stories are based. She has three rabbits and 16 cats who have free run of the garden and house, so her house is very chaotic but lots of fun.

Debbie will be reading her third Stevie story which is being published just in time for the Literary Festival;  a Christmas story called Stevie Stego-Claws!