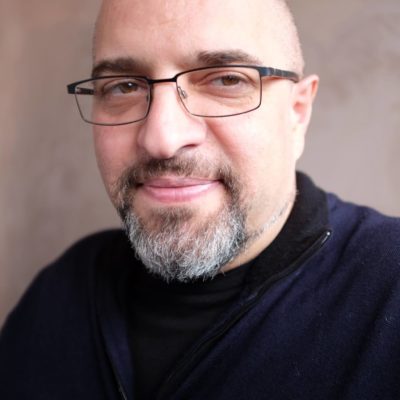 Dominic has an exceptional reputation for creating, producing and writing internationally successful drama. Starting his career as script editor and writer of Hamish Macbeth, he went on to create two hit TV series of his own.

Dominic Minghella wrote and created Doc Martin, starring Martin Clunes, for ITV/Buffalo Pictures. In its first series, Doc Martin averaged 9m viewers with 40% audience shares and won Best Comedy Drama at the Comedy Awards. Now in its 11th year, the curmudgeonly doctor remains a star of the ITV drama schedules and has been adapted in several local versions around the world.

Dominic was also the writer, creator and show-runner for the first 26 episodes of the Robin Hood series for BBC/Tiger Aspect. Robin Hood was the top selling drama internationally for BBC Worldwide.

Dominic’s most recent project has been show-running the new 10-part drama Knightfall for A&E Studios and the History Channel in the US.