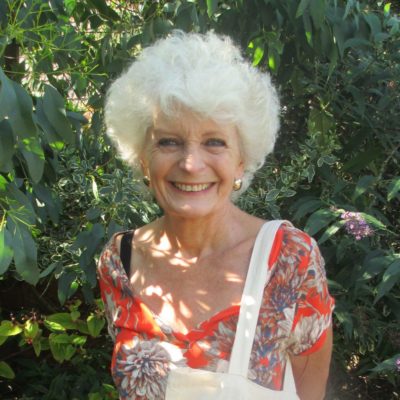 Felicity Fair Thompson is an author and film maker. Her drama documentary about Carisbrooke Castle was broadcast on SKY TV and three of her other 14 travel films made for the retail market were shown on Australian television. She has taught writing for Screen South, Connexions, Isle of Wight College, independently
worked one to one with young people with learning difficulties, and gave poetry workshops alongside Sir Andrew Motion at the Tennyson Bicentenary celebrations at Farringford.

Her published writing includes three children’s stories, an EU funded community play, three produced stage plays, scenic travel magazine features, theatre reviews, award winning poetry, personality profiles and three novels – The Kid on Slapton Beach about the secret rehearsals for D-Day receiving rave reviews. Her latest children’s book, Grandpa’s Dear Old Girl, illustrated by artist Carolyn Pavey, and published in September by Beachy Books, already has wonderful reviews. Due out soon, in her next book The Lights of Leicester Square, Felicity records her time as the first woman working in Front of House Management in the West End for the Rank Organisation, and includes fabulous photos of the golden years of cinema 1967 to 1977 and a foreword by Michael Grade.