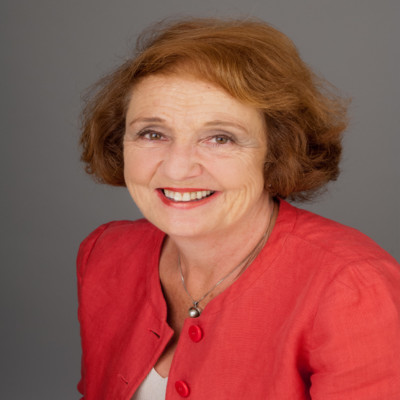 Francelle Bradford White was educated at the French Lycée in London, and clearly remembers growing up among friends who had lost grandparents during the Second World War in Poland, Hungary and France. Many of her schoolmates’ parents had lived in Nazi-occupied Europe.

She first learnt about her mother’s exploits in the French resistance when she was 6 years old and subsequently spent much of her childhood listening to her mother, grandmother, uncle and their friends talk about their wartime memories.

Between 1973 and 1992 Francelle worked for several hotel chains including the Westbury hotel in Bond street  before setting up her own business the Hotel Marketing Company in 1994.  Simultaneously Francelle spent many years voluntarily fundraising for the Foundation for the Study of Infant Deaths ( Cot Death research and support) helping them, through her own endeavours, raise several hundreds of thousands of pounds.
​
Her mother’s diagnosis inspired her to raise money for research into Alzheimer’s and other forms of dementia and to support those suffering from it. Never having written a book before she could think of no better way than sourcing a publisher Elliott and Thompson and writing a story about the French Resistance as seen through the eyes of her mother.  Francelle uses the incredible  story and the book as a platform to raise money.

Francelle is a Director of the fine art storage and transport company Gander and White Shipping Ltd who support her in her endeavours.

All royalties and any net profits the author makes from sales of this book will go directly to the charity.  ​The fund is now close to having raised £100,000   She hopes that, if Andrée knew about this book, she would approve of her daughter using her remarkable life as a platform to raise awareness of a very cruel disease