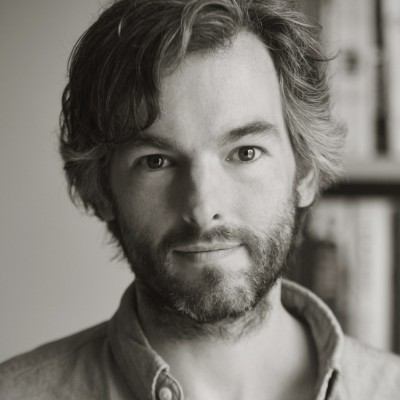 He has written for The Sunday Times, Daily Telegraph, Daily Mail, The Times, The Economist,  FT Magazine and The Washington Post, and has given interviews on Radio 4’s Today Programme and NBC’s Today Show and has spoken at numerous literary festivals, schools, institutions and bookshops including the Chalke Valley History Festival, Aye Write!, Bath Festival, The School of Life and the Science Museum.

Born and brought up in London, Hemming graduated with a 1st in History in 2002 from Newcastle University. After university he spent twelve months making and selling paintings across the Middle East, a journey which inspired his first book, followed by several years working for an art gallery and a theatre production company, plus a brief stint as an artist before his first work of non-fiction, Misadventure in the Middle East, came out in 2007.

“I think the Festival is an excellent event, covering all aspects of reading and I would like to see this continue for years to come.” 2019 Festival Attendee

“The quality of the speakers was excellent -we also attended the Kate Adie slot.  We go to lots of festivals regularly, including Hay but were delighted with the high profile speakers you managed to attract -with the added bonus of the RYS tour.”  2019 Festival Attendee

“Great festival, thank you… highlight of our year! Who needs boats in Cowes when we can have books!?” 2019 Festival Attendee

“The Isle of Wight should be proud of this and those who have worked to establish it.  A great attraction.  Thank you and well done.  a lovely setting at Northwood House, a short stroll from the sea.” 2018 Festival Attendee