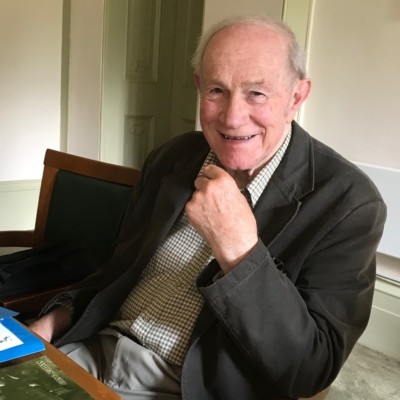 John Farthing is a former Chartered Engineer who, before retirement, was employed at the Cowes Radar establishment as a Project Manager. He came to the Island in 1953 for an apprenticeship with the, then, Saunders-Roe aircraft company.

Being a countryman at heart he soon discovered the delights of the Island’s countryside and has spent the last 65 years enjoying it, especially it’s footpaths and bridleways. A four year (part time) spell in training as an RMFVR Commando Troop Signaller was an additional ‘walking’ experience.

Despite having travelled widely in his work Farthing says he has never had any desire to live anywhere other than the Isle of Wight.