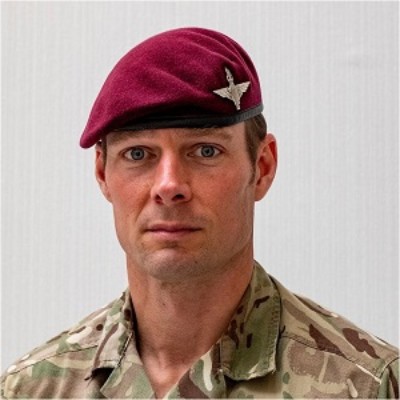 Lieutenant Colonel (Retd.) Langley Sharp MBE is the former head of the Centre for Army Leadership, responsible for championing leadership excellence across the British Army. Having himself graduated from Sandhurst two decades ago, his career in the Parachute Regiment, which included operational command at every rank, saw him deployed to Northern Ireland, Macedonia, Afghanistan and Iraq. Among his many varied roles, he led a counter-insurgency Task Force operation, commanded a Parachute Regiment Battalion and delivered the Ministry of Defence’s training programme for the London 2012 Olympics venue security, for which he was awarded an MBE.