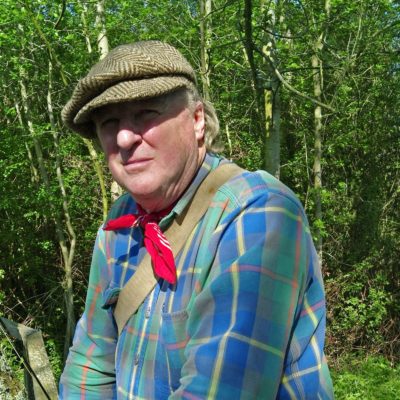 The only people who briefly, and very foolishly, employed Mike Daunt were the British Army. He served as an officer in the Royal Green Jackets for seven years before feeling that it was only kind to tender his resignation as several senior officers had had nervous breakdowns. As one general remarked: “I would not breed from this officer.”

He then started his own business in London supplying fish and game to in-house dining rooms in the City and the West End. He employed a team of good looking public schoolboys to drive his vans and thus the whole enterprise was entirely based on well-bred sex. He then sold it (the company not the sex. This he has always been happy to give away free to any woman so down on her luck as to want him.)

He then became a professional salmon fly fisherman to the stars teaching such people as Chris Tarrant, Fiona Armstrong, Eric Clapton, Guy Ritchie, Max Hastings, Jeremy Paxman and Ronnie Corbett. Each year he leads parties to Iceland and Ireland.

The Bounder is his first solo book. He co-wrote Endangered Species, a book about country people, with his cousin Sir Richard Heygate. He lives near Hungerford and has three very loved sons and an adored daughter.