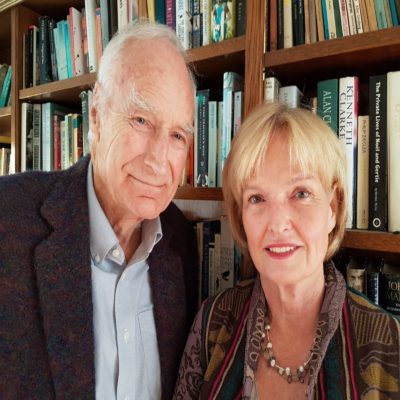 Peter Snow is a highly respected journalist, author and broadcaster. He was ITN’s Diplomatic and Defence Correspondent from 1966 to 1979 and presented BBC’s Newsnight from 1980 to 1997. An indispensable part of election nights, he has also covered military matters on and off the world’s battlefields for forty years. He presented the BBC documentaries Battlefield Britain and The World’s Greatest Twentieth Century Battlefields with his son Dan. He is the author of several books including To War with Wellington and When Britain Burned the White House.

Ann MacMillan was born in Wales, the great granddaughter of David Lloyd George, and grew up in Canada where she worked for CHIN Radio, Global TV News and CTV News. She moved to London in 1976 when she married Peter Snow and worked for the Canadian Broadcasting Corporation until 2013. She was the CBC’s managing editor in London for the last thirteen years of her career.