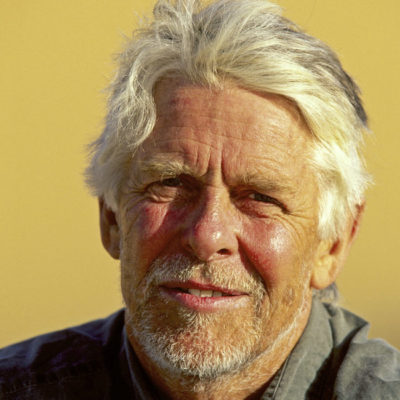 Robin Hanbury-Tenison OB E , D L , is a founder and current president of Survival International, the world’s leading organisation supporting tribal peoples, and was one of the first people to bring the plight of the rainforests to the world’s attention. He has been a Gold Medallist of the Royal Geographical Society, winner of the Pio Manzu
Award, an International Fellow of the Explorers Club, a Winston Churchill Memorial Fellow, a Trustee of the Ecological Foundation and a Fellow of the Linnean Society. Among his many publications are: A Question of  Survival for the Indians of Brazil, A Pattern of Peoples, Aborigines of the Amazon Rain Forest: The Yanomami, Fragile Eden, The Oxford Book of Exploration, and his two autobiographies, Worlds Apart and Worlds Within, as well as a successful quintet of books about the long distance rides he and Louella have made across France, China, New Zealand, Spain and Albania, the latest being Land of Eagles (also published by I.B.Tauris).
‘The doyen of British explorers.’ The Spectator