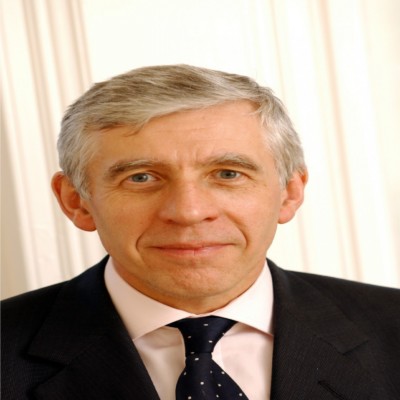 Rt Hon Jack Straw is one of three senior ministers to remain in Cabinet throughout the 1997 to 2010 Labour governments under Tony Blair and Gordon Brown. He was Home Secretary (1997–2001), Foreign Secretary (2001–06), Leader of the Commons (2006–07) and Lord Chancellor and Justice Secretary (2007–10).  He was Co-Chairman of the All Party Parliamentary Group on Iran (2010-2015). His most recent visit to Iran was in January 2018. His memoirs, Last Man Standing (Macmillan, 2012) received wide praise. Jack was the Member of Parliament for Blackburn from 1979 to 2015, when he retired from the Commons. He is Honorary Vice President of Blackburn Rovers AFC.

Before becoming an MP, Jack practiced as a barrister and then worked as a special adviser in the 1974–79 Labour government.

Back to speakers
Donate now >