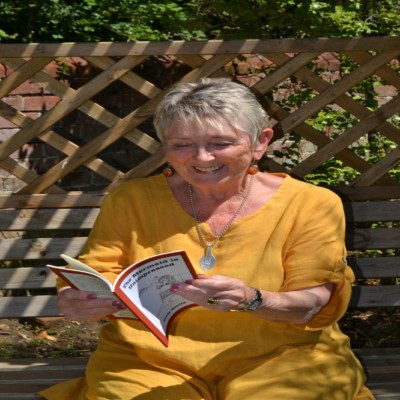 Sandy’s writing is aimed at performance, and now she thought it time to commit some work to the page. She started performing seriously in Whitstable in the mid nineties, having been left alone on a cliff top with very little warning, and has continued in the same vein since moving to the Isle of Wight, a place which has proved a joy and an inspiration to her. Sandy has appeared many times at Island venues, as a poet and as a community musician. Truly international, Sandy has read her poems far and wide including at Ventnor Fringe, to aerospace engineers in San Diego, and at a poetry café in Santa Rosa.