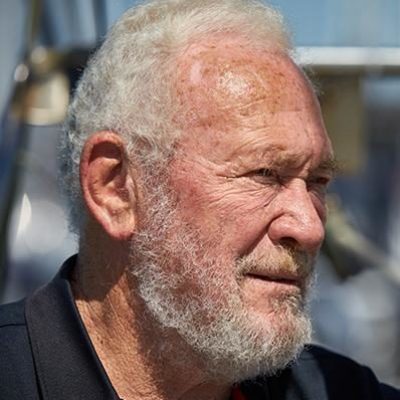 Sir Robin Knox-Johnston was born in 1939 and came to fame when he became the first person to complete a single-handed non-stop circumnavigation of the globe during the 1968-69 Sunday Times Golden Globe Race. He was the only one to complete the race. Knox-Johnston repeated the feat in 2007 in the Velux 5 Oceans Race, when he was oldest competitor. He continues to sail competitively and works as executive chairman of Clipper Ventures to introduce people to competitive sailing.