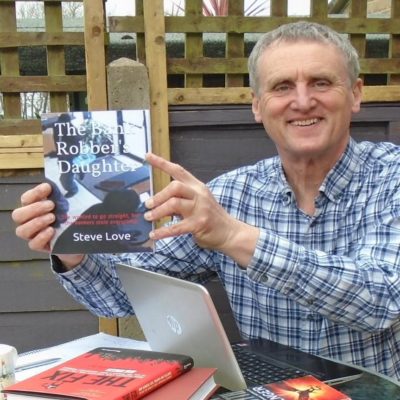 Steve Love, after a degree in Natural Sciences from Cambridge University, rather incongruously joined the police where his later experience touched on both armed robbery and fraud, which turned out to be useful for his book.  On retirement as a Chief Constable he moved to the Isle of Wight as a leader of dinosaur and fossil walks and is now, as a result of yet another precipitous career change, a musician, busker and writer and performer of Isle of Wight songs and poems.