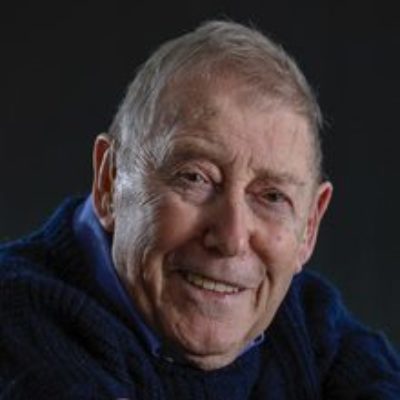 Twitter
Austin Vernon Mitchell was born on September 19, 1934 which means he will be 84 by the time we visit you, but don’t let that put you off. When you read Maverick you will realise he might walk with a stick but he is as fiery as a twenty year old in his writing style and his response to questions. Austin is a proud Yorkshireman. He attended Woodbottom Council school Bingley Grammar School Manchester and Oxford Universities. He has a D.Phil in history. He got a job as a university lecturer in New Zealand at the Universities of Otago and Canterbury and returned to the UK to become a Fellow of Nuffield College Oxford. But while he was in New Zealand he fell in love with television and it wasn’t long before he got a summer job at the brand new Yorkshire Television. He loved it so much and had such a good time he never went back to the academic life. He had a good decade in TV at the BBC as well as ITV. In 1977 after the death of the Foreign Secretary Anthony Crosland Austin became the Labour candidate in the Grimsby by-election. Everyone expected the conservatives to win but Austin scraped home by around 500 votes. He was 38 years in the House of Commons. Confessions of a Political Maverick is the story of those years.
A career-long backbencher, Mitchell found he relished being in opposition. Dissenting from the peculiar conformity of career politicians climbing the greasy pole may have been a lonely job, but someone had to do it – and it was also a lot of fun. Here, he tells the story of how he waltzed into a seat in Labour’s heartlands, outlines his views on the controversial European question and explains his long (and torrid) love affair with the Labour Party.

Brimming with revealing details of his dealings with all the major political players from Thatcher to Cameron, and enlivened by hilarious anecdotes and a real fondness for his time in Grimsby, these are the political memoirs of a true parliamentary rebel – with a cause.