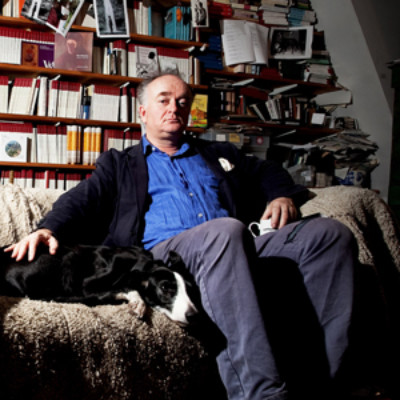 Barnaby Rogerson is a writer, publisher and television presenter. Barnaby has appeared on the BBC Life of Muhammad, Al Jazeera’s Caliph and in many of Pilot productions, Muslim Empires series.

Barnaby was conceived on the Isle of Wight and born in Scotland in 1960. Travel was a vital aspect of his childhood which followed in the wake of his father’s career in the Royal Navy with postings to Gibraltar, Malta, Skye and Virginia. A degree in History from St Andrews University proved to be adequate preparation for work as a barman, tutor for a child star in a film made on a Greek island and a pony boy on a Highland estate. He worked for two independent publishers which led to a job in the press department of the Afghanistan Support Committee. A chance encounter in the Outer Hebrides led to his first commission to write a guidebook: Morocco (which went into six editions) was followed by Tunisia, Cyprus, Istanbul and Libya. Research for these guidebooks was partly funded by working as a lecturer, tour guide and journalist. A scrapbook of over three hundred articles (written for Cornucopia, TLS, Independent, Guardian, Telegraph and Country Life) has subsequently been pasted up on a website, Barnaby Rogerson.com

The birth of two daughters encouraged him to stay at home more often, so he wrote a History of North Africa, followed by a Biography of the Prophet Muhammad, then an account of the early Caliphate, The Heirs of the Prophet. The Last Crusaders (1415-1580) was an ambitious attempt to show how the Crusades against North Africa and the Ottoman Empire led to the emergence of the first colonial conquest states. This would be followed by In Search of Ancient North Africa, which tells the complex story of conquest and assimilation through six lives. He has just finished, A House Divided a book looking at conflict zones within the Middle East complicated by the Shia-Sunni schism within Islam.

His day job is running Eland, a publishing house, which specializes in keeping classic travel books in print: www.travelbooks.co.uk