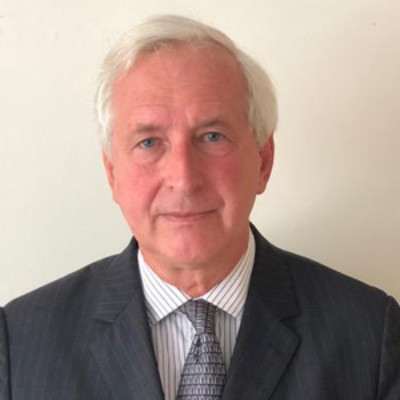 Hugo Vickers is well known as a biographer, lecturer and broadcaster, and is an acknowledged expert on the Royal Family.

His first book was about Gladys Deacon, Duchess of Marlborough (1881-1977), in whom he became interested when he was 16 years old. When he was 23, he found the Duchess in the psychogeriatric ward of a mental hospital and talked to her for two years until her death at the age of 96. He researched in Europe and America and published Gladys, Duchess of Marlborough in 1979. Because there was considerably more material available 40 years on, he revised this book for a new edition, published in 2020, as The Sphinx (and paperback in 2021). It has received positive reviews.

He is called upon to commentate on important state occasions, and at times when the Royal Family are in the news. He has covered events from the first wedding of the Prince of Wales, the funerals of Diana, the Queen Mother and Prince Philip, and many royal weddings. The Financial Times recently described him as: ‘the most knowledgeable royal biographer on the planet.’

He has written many biographies of 20th century figures, including Cecil Beaton, Vivien Leigh, the Duchess of Windsor, Princess Andrew of Greece, and the Queen Mother. His book, The Quest for Queen Mary, sold 40,000 copies in various forms. He has attacked the 30 episodes of the Netflix series of The Crown – in his book, The Crown Dissected (2019), and added a privately published sequel, covering Season 4.

In May 2021 he published Malice in Wonderland, with extracts from his own diaries about researching the life of Cecil Beaton. In May 2022 he published a book with HRH The Duke of Kent, entitled A Royal Life.

When not writing, he travels through the Commonwealth and Overseas Territories, establishing Commonwealth Walkways, and as such has visited many countries from Australia, New Zealand and Canada, to the Cook Islands, the Falklands and, as he puts it, was once obliged to spend seven weeks touring the Caribbean. In 2022 he launched the Platinum Jubilee Walkway in Birmingham.

He is a Deputy Lieutenant for the Royal County of Berkshire and Captain of the Lay Stewards of St George’s Chapel, Windsor Castle, having now served as a Lay Steward for nearly 52 years. In 2019 he was appointed a Fellow of the Royal Canadian Geographical Society.

He has lectured in the UK, the USA, Australia, France and Italy – in Windsor Castle, Marlborough House, St James’s Palace, Spencer House, Blenheim Palace, and the British Embassy in Paris – as well as on board transatlantic liners and many a village hall.

He appeared frequently on Larry King Live between 1997 and 2005, and he had his Andy Warhol moments of fame when he appeared with Stephen Colbert in his programme, My Fair Colbert, about the 2011 royal wedding.