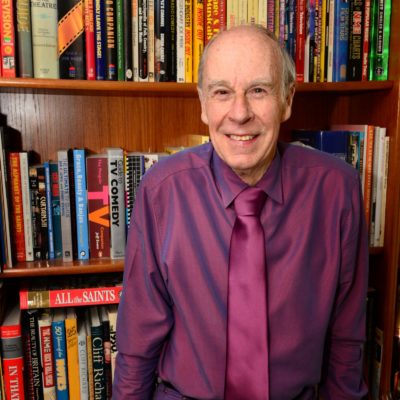 John Hannam has been interested in showbusiness and the theatre since the early 50s, when he first discovered Variety, at the Theatre Royal, Portsmouth.

John began writing on showbusiness for local papers on the Isle of Wight, back in the late 50s. By the 70s he had a regular Stage Talk column in the Isle of Wight Weekly Post. He has written for The Stage for nearly 40 years.

John chooses his own guests and only interviews them because he really wants to – and not because of a programme controller or features editor.  They are all in-person.

His first book was I Was A Stage Door Johnny, with a foreword by Bob Monkhouse. His new 2018 book, the third in the John Hannam Interviews series, with a foreword by Craig Douglas,is called The Wight Connections and features the stories behind his interviews with Island people. Over the past 44 years John has interviewed around 5000 people.