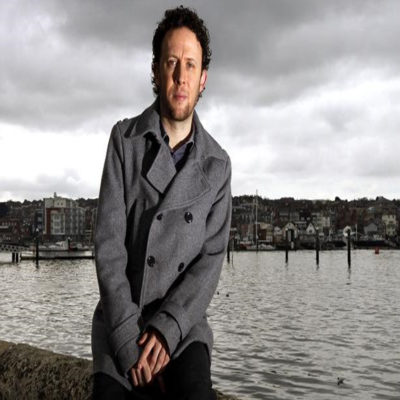 Kieran was born in Kenya, but only lived there for a year before moving to the UK.  He lived in Norwich and Wales, before finally ending up on the Isle of Wight when he was eight.  He still lives there now, although he did escape for several years.  Kieran even lived in London for a while.

Kieran worked as a Reception class teacher at a small primary school, but his passion was always writing stories– although a heavy workload and young family meant that he only had an hour or so, in between planning for school and collapsing into bed, to do it.  A few years ago he started writing a story about a group of Victorian sideshow freaks and, after several rejections and lots of rewrites, he entered it into the Times/Chicken House competition for 2011.  Somehow it won.

Kieran is the author for the Podkin stories, Podkin One-Ear, The Gift of the Dark Hollow and The Beasts of Grimheart. Podkin One-Ear won the Blue Peter Book Award in 2017.