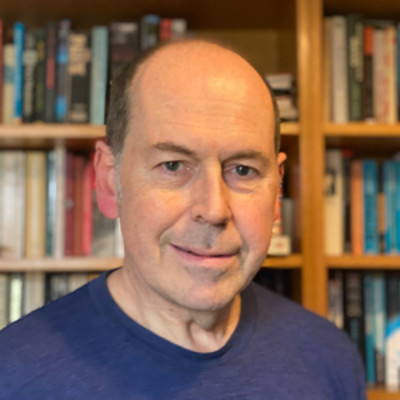 Rory Cellan-Jones was a reporter for the BBC for 30 years, covering business and technology stories for much of that time. He joined the BBC as a researcher on Look North in 1981, moving to London to work as a producer in the TV Newsroom and on Newsnight.

His on-screen career began as reporter for Wales Today in Cardiff, from where he moved to London as a reporter on Breakfast Time. He quickly transferred to business coverage, working across the BBC’s output from the Money Programme to Newsnight, from the Today programme to the Ten O Clock News. The stories he has covered range from Black Wednesday and the Maxwell trial to the dot com bubble and the rise of Google.

At the beginning of 2007 he was appointed Technology Correspondent with a brief to expand the BBC’s coverage of the impact of the internet on business and society. His first big story was the unveiling of the iPhone by Steve Jobs in San Francisco.

He covered technology for television, radio and the BBC website, blogged regularly , and built up a big presence on social media – you can follow him at @ruskin147 on Twitter. In 2014, he began presenting a new weekly programme Tech Tent on the BBC World Service.

In 2001 his first book Dot Bomb, a critically acclaimed account of Britain’s dot com bubble, was published. In 2021 Always On: Hope and Fear in the Social Smartphone Era documented his experiences reporting on the smartphone era. It was described by Stephen Fry as “delightfully insightful and intensely readable.”

In recent years he has investigated the role technology can play in improving the treatment of Parkinson’s Disease, having been diagnosed with the condition in 2019.

In 2021 he was made an Honorary Fellow of The National Museum of Computing in recognition of his services to technology education.

Since leaving the BBC, he has become an independent technology consultant, writer and broadcaster. He has also started a newsletter about health tech, one of his major interests.

Rory studied Modern and Medieval Languages at Jesus College, Cambridge, and worked in Paris and Berlin before entering journalism.