Alexander McCall Smith, Louise Doughty and Lynne Truss have just been confirmed to speak at the Isle of Wight Literary Festival in October.

The Red Funnel Isle of Wight Literary Festival, now in its 8th year, takes place from 10-13 October at Northwood House, Cowes.    By bringing authors to the Isle of Wight to share their work the festival helps visitors experience the ideas, inspiration, entertainment that is unleashed when the pages of a good novel are turned.

Alexander McCall Smith – is one of the world’s most prolific and best-loved authors. His various series have been translated into forty-six languages and become bestsellers around the world.  McCall Smith will discuss the latest happenings with Mma Ramotswe and the No. 1 Ladies’ Detective Agency in Botswana, the return of the cast of Edinburgh’s 44 Scotland Street series, and his new stand-alone novel, The Second Worst Restaurant in France, before finally introducing you to Detective Ulf Varg—one of Sweden’s top investigators of unusual, complicated, and insignificant crimes in the first book of a new series, The Department of Sensitive Crimes. 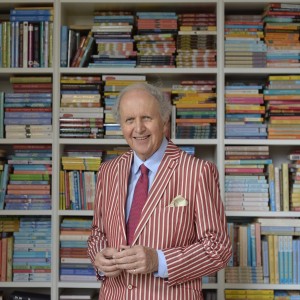 Louise Doughty is the author of nine novels, including the soon-to-be-published Platform Seven which will be released on 22nd August 2019.  She is a critic and cultural commentator for UK.  Her novel Apple Tree Yard, which was made into a four-part TV adaptation starring Emily Watson, was hailed as both one of the best and most controversial dramas of recent years.  Doughty will be introducing her latest novel Platform Seven. 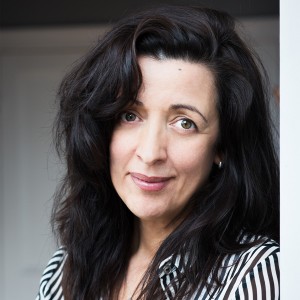 Louise DoughtyLynne Truss is best known for Eats, Shoots and Leaves but has a rich and varied library of work.   Working on Tennyson’s Gift– her hugely entertaining novel set in the summer of 1864 –created a strong bond between Truss and the Isle of Wight. Truss will be speaking about her latest crime fiction novel,  A Shot in the Dark.

The speakers were announced at a fundraising lunch at the Royal Yacht Squadron where 130 guests joined the trustees to hear a captivating talk by Louis de Bernières, prize winning English novelist and poet.  De Bernieresread selected poems from his latest collection Cat on a Treble Clef  and answered questions from the audience on  Captain Corelli’s Mandolin, and growing up in an English village filled with eccentrics and characters.

Julia Dams, Programme Director for the festival, revealed the programme highlights to the audience of book lovers.  “We are delighted to confirm that Alexander, Louise and Lynne have agreed to take part in this year’s festival.  Over the coming months we will be announcing more exciting speakers in a diverse programme offering something for all.”

Visit www.isleofwightliteraryfestival.com to sign up for the festival newsletter to receive updates.

Red Funnel is offering excellent deals for book lovers travelling from the mainland for a day visit or the full weekend. www.redfunnel.co.uk/litfest

About the Isle of Wight Literary Festival

The Isle of Wight Literary Festival, an established event on the UK Arts calendar, is now in its 8th year. The festival provides a far reaching eclectic programme designed to attract a wide audience and increase the cultural richness of the Isle of Wight. Hosted at Northwood House, Cowes over 4 days over 60 writers and presenters will talk about their latest works and insights.

Last year 95% of festival goers we surveyed said their experience was good or very good and 92% are extremely likely to attend again.

The Isle of Wight Literary Festival is a registered charity (No. 1164814)relying on the generous support of sponsors, benefactors and friends, and staffed by volunteers. The festival has two patrons: Major General Sir Martin White KCVO, CB, CBE and Nicholas Allan – author and illustrator patron of the Youth Programme and two vice patrons, Alan Titchmarsh MBE DL and Michael Grade – The Lord Grade of Yarmouth CBE.

The Youth Programme was set up by the charity 5 years ago.  The Schools Programme sends authors, illustrators and dramatists into the schools to enrich education for the under 18s on the Isle of Wight by increasing the cultural experiences available to stimulate interest in learning and creative ideas.   In 2018 5000 Isle of Wight children were involved in the programme.